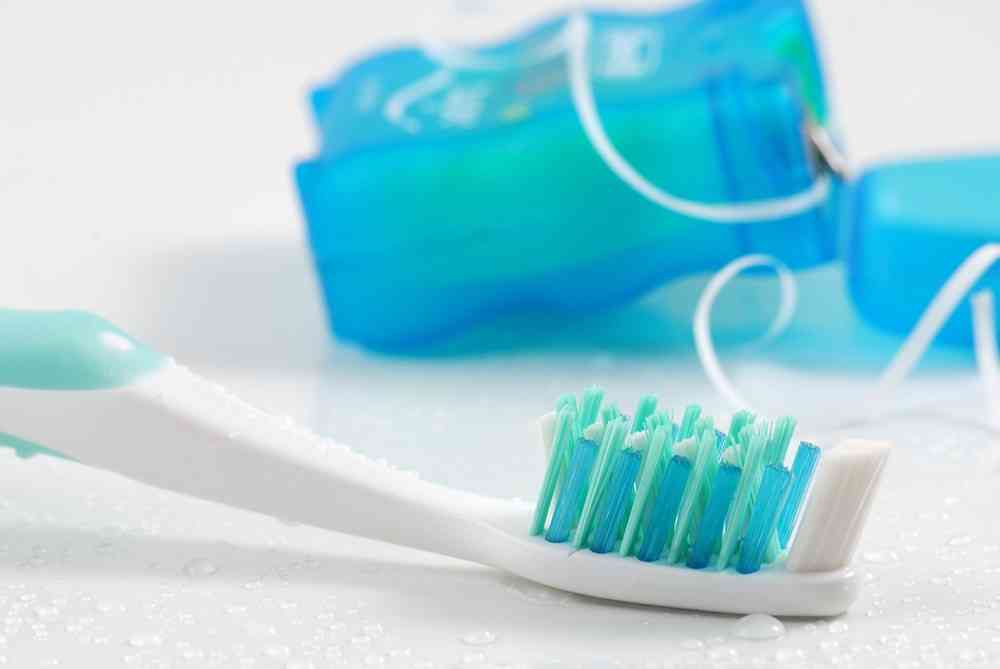 These habits can help stop the buildup of plaque and tartar. Brushing and flossing along with scheduling routine checkups every six months can keep your teeth healthy.

Do your gums bleed when flossing?

It’s common. Gums bleed when flossing, and they bleed for a number of reasons:

If your gums bleed when flossing, this may be a sign of gum disease (gingivitis) or irritation. Keep reading to determine whether or not you should make an appointment with your dentist.

What should you do if your gums bleed when flossing?

If your gums bleed when flossing, floss. It may seem like flossing is doing more harm than good, but the bleeding will go away with enough proper flossing. Unless there is a systemic problem or actual physical damage to the gum tissue, keep flossing. The bleeding should stop within 3-10 days.

How often should you floss your teeth?

Flossing gets where toothbrushes can’t. If you are not flossing, you are only cleaning 50% of all the areas in your mouth. If you only floss once in a while, your gums will bleed when flossing. The tissue between your teeth is not used to being stimulated. When you floss often and regularly, the gum tissue between your teeth becomes more resilient and stops bleeding when flossed. We recommend our patients floss once a day. The best time to floss is before you brush your teeth before bed. This allows the fluoride in your toothpaste to contact the most surface area of your teeth. If gums bleed when flossing, we recommend flossing after each meal until bleeding subsides in 3-10 days.

If you don’t like to floss, try using a water flosser. A water flosser is not an alternative to flossing, but it is better than not flossing at all. It is ideal for those who have trouble with their hands and cannot hold floss or floss picks.

What is the proper technique for flossing teeth?

Floss is not a toothpick. Yes, it can dislodge food particles above the triangle of gum between each tooth. But the purpose of flossing is removing that slimy, goopy plaque that grows between the tooth and the gum. To achieve this:

Will brushing your teeth keep gums from bleeding when flossing?

Brushing, like flossing, is simple to do and can also be done improperly. When brushing your teeth with a manual toothbrush:

Once you start brushing correctly, your gums may feel sore and bleed a little. Any bleeding should subside in a week or two.

If your gums bleed when flossing, and you have been flossing your teeth every day for a week to 10 days, call your dentist and book an appointment. Let one of our dentists evaluate your flossing technique and whether or not there is a need for gum treatment. Remember, brush and floss only the teeth you want to keep! Keep smiling beautifully!

5 Tips for a Photogenic Smile

With selfies and instant photo sharing, a camera-ready smile is great to have. You don’t need to be a celebrity to know how to flash a glowing grin, though. Follow these steps to get pictures you’ll be happy to send to your friends. No. 1: Be natural. When it’s picture time, smile gently. That way, your face looks relaxed. Your mouth opens
Read More

Is Invisalign the Right Solution For You?

Is Invisalign® the Solution For You? Depending on your straightening needs, Invisalign could be an attractive alternative to traditional metal braces. They are ideal for correcting crooked or overcrowded teeth, gaps, crossbites, underbites, and overbites. In most cases, highly intrusive metal braces are not needed for those types of dental problems. Invisalign uses a gentler approach that involves wearing a
Read More

How to Know if You Have Abyss Teeth

Common and relatively painful, dental abscesses affect many people with poor dental health. We’ll explore more about dental abscesses, including how they’re caused, their symptoms, and the different types of treatment which are available. Definition A dental abscess is a collection of pus made from dead white blood cells, dead tissue, and bacteria which forms inside the tooth. They can
Read More